The Moscow Metro is a rapid transit system serving Moscow, Russia, and the neighbouring Moscow Oblast cities of Krasnogorsk, Reutov, Lyubertsy and Kotelniki. Opened in 1935 with one 11-kilometre (6.8 mi) line and 13 stations, it was the first underground railway system in the Soviet Union. As of 2019, the Moscow Metro, excluding the Moscow Central Circle and Moscow Monorail, has 232 stations (263 with Moscow Central Circle) and its route length is 397.3 km (246.9 mi), making it the fifth longest in the world. The system is mostly underground, with the deepest section 74 metres (243 ft) underground at the Park Pobedy station, one of the world's deepest underground stations. It is the busiest metro system in Europe, and is considered a tourist attraction in itself. 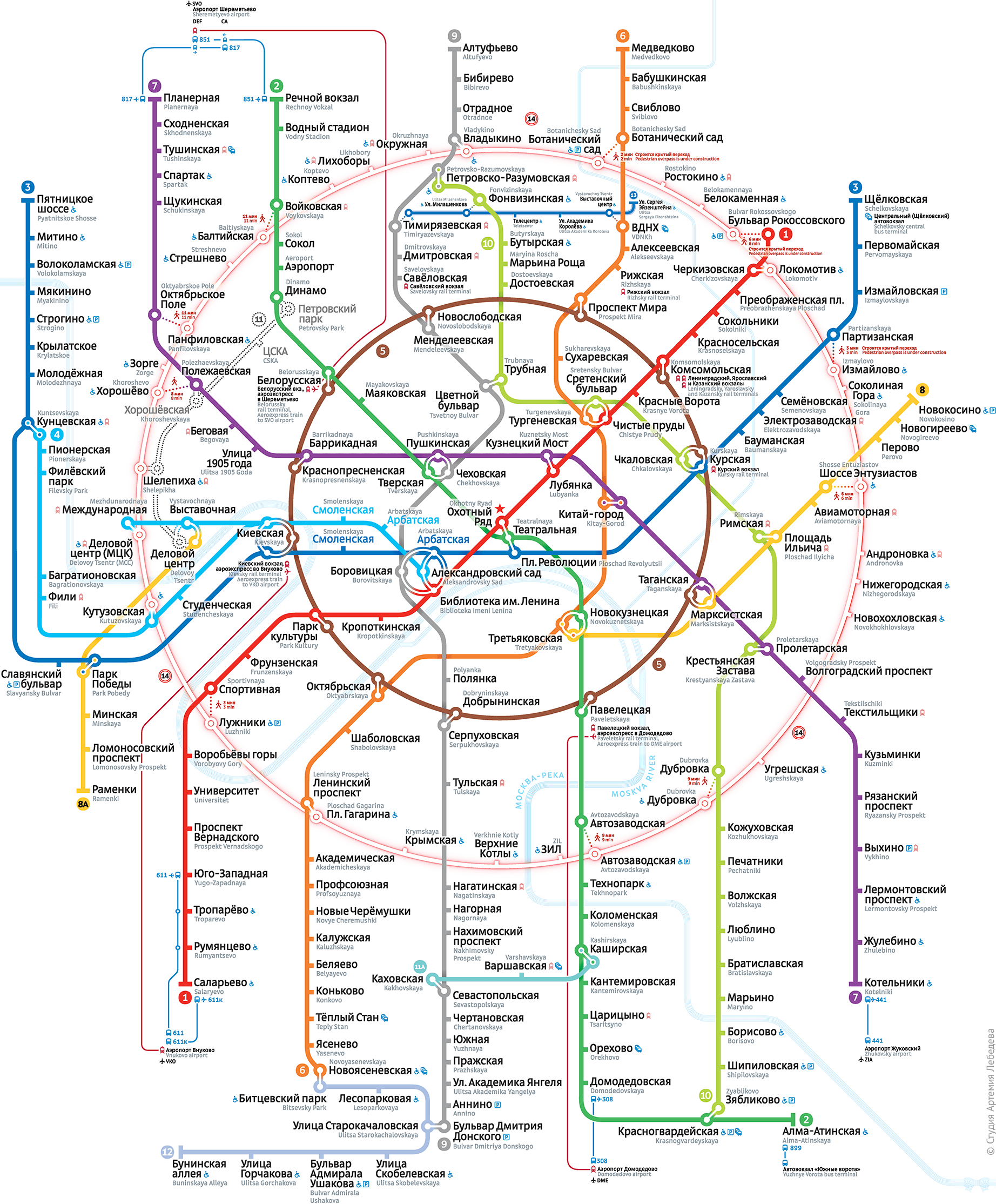 The Moscow Metro, a state-owned enterprise, is 381 km (237 mi) long and consists of twelve lines and 223 stations  organized in a spoke-hub distribution paradigm, with the majority of rail lines running radially from the centre of Moscow to the outlying areas. The Koltsevaya Line (line 5) forms a 20-kilometre (12 mi) long circle which enables passenger travel between these diameters, and the new Moscow Central Circle (line 14) forms a 54-kilometre (34 mi) longer circle that serves a similar purpose on middle periphery. Most stations and lines are underground, but some lines have at-grade and elevated sections; the Filyovskaya Line, Butovskaya Line and the Central Circle Line are the three lines that are at grade or mostly at grade.